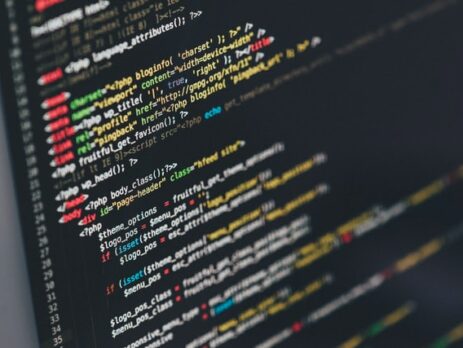 What Are the Most Popular Coding Languages in 2022

Becoming a computer programmer can be a very rewarding job, especially in the current market where finding a job in the software development field is easy.

Read on to learn more about computer programming languages and which ones are the most popular in the current job market.

Why You Need to Learn Coding

Coding is a difficult subject, and learning the first language is always the hardest. This may leave you wondering why you even need to learn coding in the first place, namely when you are considering a job that isn’t coding programs yourself.

Although not every job in the software development industry requires you to code computer programs day in and day out, most require some form of basic knowledge. This holds true even if you end up becoming a manager in the field, as it will be required for you to check the work of employees with some basic coding knowledge.

A coding class will also help you to pick up a lot of the basics that are important in the industry. Even the most basic introductory courses will teach you a lot about what coding requires and can help a hiring manager to learn the hiring trends of the industry to be able to bring the best talent on board.

Plus, it’s always cool to be able to fix your own minor issues with your coding knowledge.

Jobs that Benefit from Coding Knowledge

As you can see, this is quite the list of jobs that require coding and they aren’t all just in the software development industry either. Becoming a blogger even requires some coding, which is probably a surprise to most people.

What Coding Language Should You Learn?

Now that you’ve realized how valuable it is for you to learn how to code, it’s time to discuss what language you should learn. Generally, you will want to decide on a position you want to hold before you book coding classes.

So once you know the type of job you are looking for, then you can better narrow down which coding language it is most important for you to master. Some positions do require multiple languages, but once you learn one, it is typically easy to pick up a second one.

Don’t forget that if you already have a job, your work may pay for you to attend a coding class. When this is the case, ask your manager what type of coding class they would cover, as this will play a large part in your choice of coding languages if you would like to use one to further your current career.

The Most Popular Coding Languages

If you aren’t sure what position you want to have someday and instead just want to start by getting your feet wet, then it is best to start with one of the most popular coding languages and go from there.

Below are the most popular coding languages for jobs to ask their employees to know in 2022.

JavaScript is the most commonly used software language worldwide. Most managers at a software development business will ask that you know JavaScript before they hire you.

This coding language is popular as it is used to create graphics and images and is used by most web browsers. It is also used to create games, build apps, and make human and computer interaction more simple.

No matter what job you want to have in the future, starting with JavaScript is the way to go, and almost every university or coding school should have a class making it easier to get started in this programming language.

After JavaScript, HTML  is the most widely used programming language worldwide. It is known as the formatting language and it is used to tell the computer how you want different aspects of a website to show up.

It’s not quite as useful as JavaScript, as there are only a few uses for it, but it is known as one of the easiest coding languages to learn because of its natural simplicity. While you’re probably better off going with JavaScript just because it will take you further, if you are getting a job in website maintenance then HTML is the way to go.

SQL stands for Structured Query Language and is a coding language that is used for building and maintaining databases. Developers use it to create unique ways of both storing and recalling data.

SQL is the third most common coding language in the world, but like HTML, it is a bit limited in its usability. For those who are in sales or database management, they will find that this is much more helpful than JavaScript.

Also, note that SQL is a bit outdated in that it only works for smaller databases. So if you are taking a coding class as part of your job working for a larger company, you will want to go with a different language.

Python is number four on the list for coding popularity in 2022, but the number of coders who use python is growing every year, meaning it will likely soon surpass the number of users who use SQL or HTML.

If you plan to do anything on the back end of a website, such as make programs, or games, or maybe make your own app, Python is the language you need. It is already widely used at companies like YouTube and Google, so if you plan to work for either of these companies there is no reason not to start your coding journey by learning Python.

Honestly, Python might even get you further than JavaScript as in one survey it was discovered that 50% of hiring managers in the field want to hire people who know the Python language. While it isn’t as easy to learn as HTML or SQL, learning it will pay off in the long run.

Don’t get confused, Java is actually a different coding language than JavaScript. While JavaScript is typically used for web design, Java is more found in the world of e-commerce and app development.

Many people like Java as it is easy to learn and can be used in several different professions. After JavaScript and Python, hiring managers named Java as the coding language they want to see the most.

Think you may want to go into the finance sector? Java is the way to go as many banks take advantage of the large capacity capabilities of Java as well as its inherent security features.

Next up on the list of most popular coding languages is Bash. But while this coding language is popular, this isn’t necessarily the one you should be learning.

Unless a manager has asked you to take a Bash course, know that this coding is used for very specific purposes, such as designing a user desktop or other shell program (that other programs will be launched in). While it is useful, it is only useful for certain types of coding.

It’s a simple language, which is also why its uses are so few. Therefore it might be nice to loop back around to Bash after you have learned a couple of other coding languages on this list.

C# is a coding language that is taking the world by storm, especially because of its numerous different uses in the blockchain community. It was created by Microsoft and is an improved version of the C++ coding language which was its predecessor.

C# is frequently requested by hiring managers because of its flexibility and widespread uses as a coding language. This language also has a huge following because it’s been around for so many years, so you can always ask questions in the online community as you study.

For those looking for job making games or other mobile apps, C# is the way to go as it is easy to learn and its uses are endless.

Rust is much lower down on the poll of most popular coding languages, but that is quickly changing as VR or Virtual Reality becomes more popular. Rust is the main coding language for virtual reality apps.

If you learn C++ or C#Rust is an easy add-on language as it follows the same principles but has even more additional uses. Not too many managers are requesting this programming language by name just yet, but if you see yourself designing VR games then you’ve got to learn Rust.

Rust is additionally useful in the blockchain world, however, it can be on the more difficult side to learn, so absolute newbies to coding should start with a different language.

Go is a programming language that was developed by Google in 2007. It’s newer than most of the other languages on its list, meaning you won’t have as large of a support community, but it really is very efficient at what it does.

While most hiring managers won’t ask for Go by name, mention to your boss that you may want to take a course, as adding Go to your repertoire is associated with salary bumps in most cases.

Kotlin is an up-and-coming programming language that is used to develop Android phones and applications. One cool thing about Kotlin is that it can easily interact with Java meaning you don’t have to learn both.

Some of the most famous companies which use Kotlin are Pinterest, Trello, Amazon, and Uber, meaning if you want to work for one of these companies, Kotlin is the way to go. Just know that this coding language may be a bit limiting if you ever decide you would rather work for Apple, Microsoft, or Google.

If you aren’t sure yet about a particular company you want to work for, definitely skip Kotlin as it is just too specific. Instead, go with Java, and later you can work to add the Kotlin language if you do decide you would like to work for one of the above companies.

Ready to Learn to Code?

Learning how to code isn’t easy, especially when there are so many coding languages to choose from. The best advice is to decide what you would like to do with coding first, then choose one of the above languages to learn.

Also keep in mind that if you already have a job, and you are looking to better your position, you should ask your company what coding language they would like you to learn. You never know when it may include a pay increase, or they may pay for the class on your behalf!

Once you’ve got coding down and you’re looking for a job, it’s time to learn some effective ways to nail a video interview so you can land the job of your dreams. 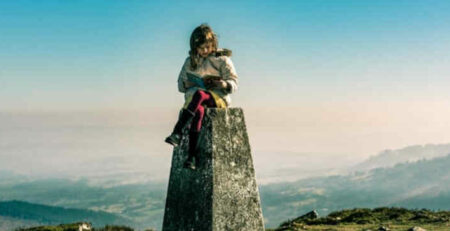 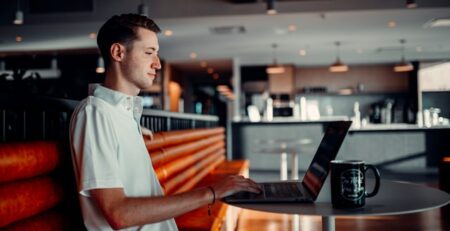 The Complete Guide to UX Copywriting

The text you see on websites and apps isn’t an afterthought. It’s all designed and tested to guide you... read more 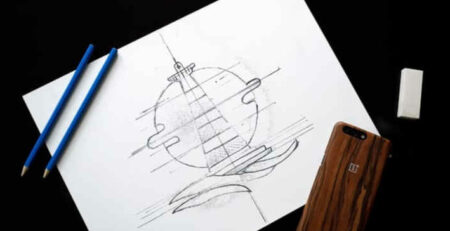 Why Logo Designs Are An Integral Part of the Branding Kit

A brand kit contains all the details of a branding identity plan and specific instructions for how the identity... read more 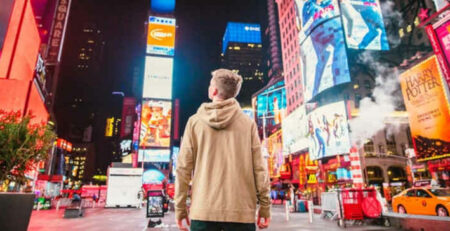 What is Omnichannel Experience Design?

How can UX designers ensure the user has a seamless, uniform experience? The answer lies in omnichannel marketing. Not only... read more 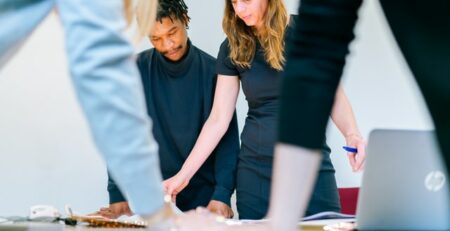 For the most part, there’s no fixed format for a software development team. There are three general structures for... read more 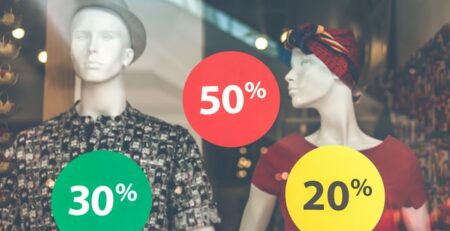 What Creatives Need To Know About The Sales Cycle

Even for creatives, understanding how to make a product or service desirable is an essential skill. It might feel... read more 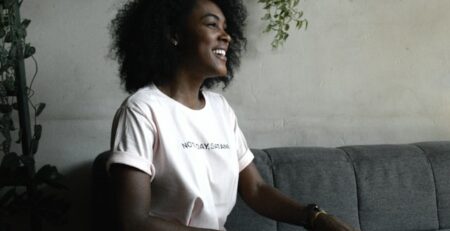 Choosing The Right Subscription Model For Your Business 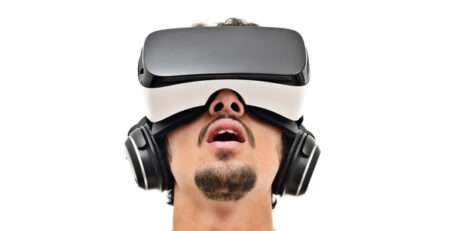 Marketers face a vast new challenges, or is it perhaps the same challenge as always: Stay on the cutting... read more 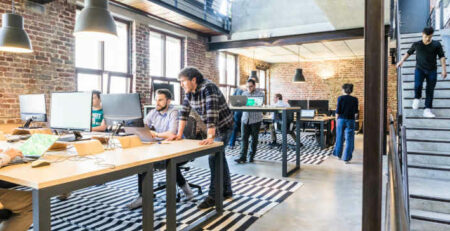 An open, comfortable environment is the best way to give the workforce space to be innovative and productive on... read more 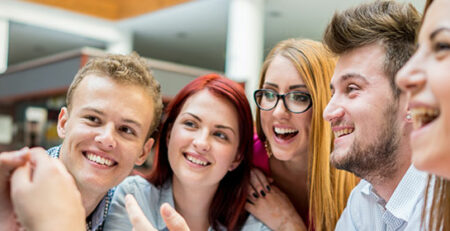 For the Sake of Debate

With the thick undercurrent and endless political rhetoric these days, perhaps it’s time to clear the air and have... read more